Meet the Faces Behind NCI 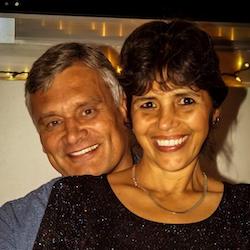 At age 19, in September of 1981, Tom trusted Christ as his Savior and experienced a miraculous change in his life. The following year he went to Florida Bible College to immerse himself in God’s Word and to find his calling. During his first missions conference, Tom dedicated his life to missions in January of 1983. He met his wife to be Sandy Ramirez shortly after this decision and the two were set on a course of missions from that point forward. They were married in June of 85, graduated in ’86 and moved to Downingtown, PA to do a pastoral internship for two years.

After their fruitful time at Calvary Fellowship, Tom felt the need for more preparation. The Basiles decided on Western Seminary where Tom received two master degrees (M.Div in Missiology; Th.M. in Systematic Theology). Their first son Matthew was born in Oregon and soon they were off to Costa Rica to spend one year learning Spanish.

After Costa Rica they moved to Puebla Mexico where Tom taught at Puebla Bible Seminary for 10 years, started El Camino Bible Church, served as Circuit Director and serves on the Seminary’s board. El Camino went on to give birth to 13 daughter churches. He also served as the National Director for Living Waters for three years.

In December of 2010 Tom finished his doctorate from Phoenix Seminary in Business As Mission (BAM). Through BAM, 14 Mexican BAMs were started with varying success.

Tom and Sandy have four boys (Matthew 28, Caleb 26, Stephen 23 and Zachary 20) and two granddaughters, one grandson and have lived in Puebla for the last 28 years.


Donate to the Tom Basile 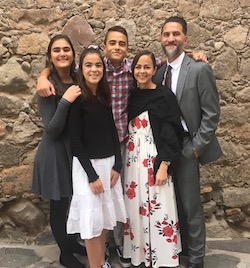 Kevin and Andrea are committed to making disciples among Spanish speakers and to train them for the work of the ministry in Mexico and around the world for the glory of God.

The Bults began serving in Mexico in 1999 and have lived in Puebla since 2010 where they serve in the following areas:


Donate to the Bults 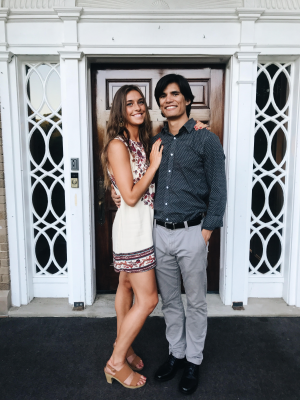 Stephen and Cici will be serving in Mexico starting in August 2020. Stephen will be writing content and researching to make NCI a resource for bringing even more missionaries to Mexico. Cici will be studying Spanish and completing her master’s degree in Counseling and Art Therapy. Together, they will also be involved in local ministries to grow their community.

After growing up in Puebla, Mexico, Stephen graduated from Cairn University with a BA in English and a minor in Education. Born and raised in Zeeland, Michigan, Cici graduated from Olivet Nazarene University with a BA in Pre-Art Therapy. After getting married, Stephen and Cici Basile moved to South Korea to begin teaching at a small Christian elementary school. They are currently back in Michigan, raising support and preparing for their move to Mexico.

In addition to our missionary staff in Mexico we have our support team in Houston.